You are here: Home | The Origin of Man

The Origin of Man 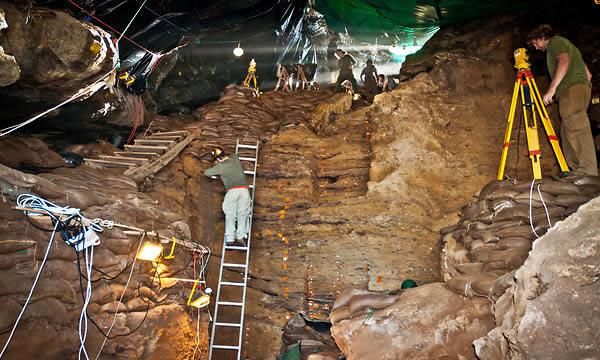 It is well documented that many anthropologists and scientist adamantly believe that Africa is the Cradle of Humankind, the origin of human life as we know it, where it all started. These early Homo sapiens required tools and implements with which to hunt, cook, build and live.  They constructed these tools out of stone, bone and wood.  The remnants of these have provided much insight into the types of materials that were available during that early time, what they ate and how they lived.  These all bear testimony to their way of life and level of advancement.

The so called Recent Single-Origin Hypothesis also placed the development of mankind as originating from one central point.  Furthermore, DNA evidence added to this popular theory that all mankind on earth originated, at some time in human history, from Africa.

Excavations done over the last few years at Blombos Cave, Stilbaai, by prof. Chris Henshilwood of the Universities of Witwatersrand and Bergen in Norway, indicated that humans lived and occupied the area 75,000 years ago.  Pieces of ochre engraved with abstract designs, beads made from Nassarius shells, bone tools indicating evidence of shell fishing, bladelet stone tools and a large number of small flakes indicating on-site production.

Please vist the Origin of Man website for more information and articles.

Mossel Bay is the Origin Of Modern Thinking Man and each and every person on earth, originates from Mossel Bay, Garden Route. See the following scientific articles:

The Origin of Man Articles